A significant date, Mum’s birthday and the day we started our new life in Australia. Not so significant in 2011. Because of the publicity we decided to be at Monkey Mia for the first feeding of the dolphins, it was cool and windy. Heaps of people were lined up near the water, waiting for the dolphins to appear but they took their time. We could see some out beyond the little jetty but they took off away from the feeding spot. Eventually 5 dolphins appeared, only feeding mothers are given fish and the Rangers knew each dolphin and the family history. The best show, for me, was put on by one dolphin leaving the area and she rolled and swam sideways and put on a nice display. It was also lovely seeing the young ones come racing in towards the mothers when the feeding was over. They’re only given about 3 fish each so that they go hunting and don’t become reliant on the daily feeds.

On the way back to Denham we called in at Little Lagoon but didn’t see any wildlife so didn’t stay long. We also went down to Eagle Bluff and had a fantastic view of the Islands and also the sea where the underlying sands make sweeping transitions of colour. Although there are enormous banks of seagrasses we didn’t see any of the animals that feed there. On the way back to Denham we stopped in at Ocean Park which has hourly shark feeding in their Aquarium but it was $19 per person entry fee which we thought was excessive and not in a natural environment anyway. Back here the best entertainment was watching a salvage crew working to get a wooden fishing boat (Huon Pine & about 30 foot) onto a low loader. Alex & I were panicking when the diver, using only mask & snorkel, disappeared underwater for ages. None of his crew was watching out for him but of course he surfaced eventually. After all their work making a transport dolly with extended truck axles and wooden beams, backing it down the ramp with some extendable crane arrangement etc the diver measured everything up and there was insufficient depth to support the boat so it was all abandoned for another day. EVERYONE in town was disappointed when the action stopped.

Off towards Geraldton tomorrow. 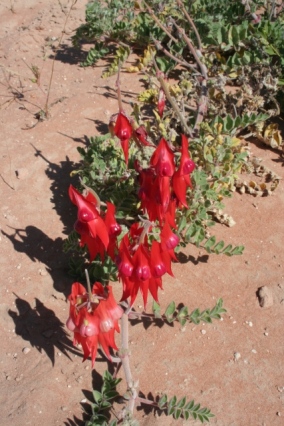 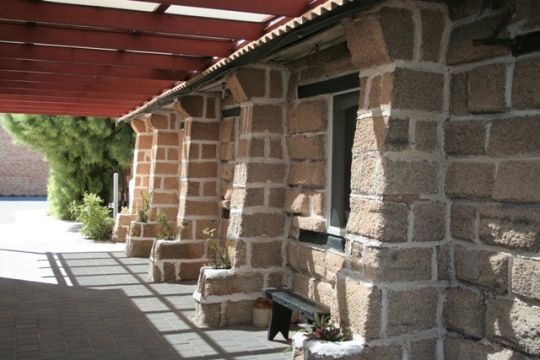 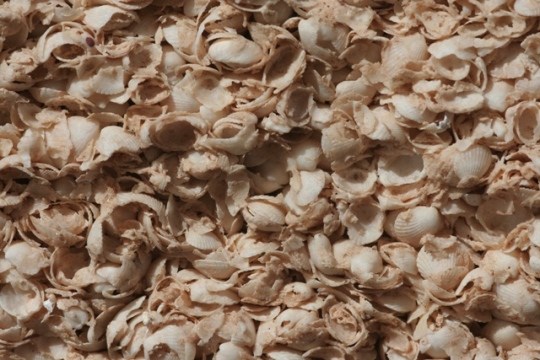 Blocks are actually cut from compacted shells found at Shell Beach- this is a closeup.