I was relieved to hear a bird whistling in the dark because it meant the night was almost over. Last night was horrendous with outbursts of extremely strong winds and torrential rain. The Camper shook, the canvas flapped and I worried. Eventually after one particularly fierce bout I got up and dressed, I didn’t fancy the canvas being blown away leaving me exposed. We had about half an inch of water on the Camper floor because the wind had blasted the canvas until the bottom of it was inside the edge of the floor and the water just ran down. When we could see what was happening we wedged the canvas out with tent poles. It took many soak/wring sessions with a nice, thick towel before we had the water out. As soon as the Park Café was open we were over there for a hot coffee, hot chocolate and some relief from the blasts of wind and rain.

People who had been planning to stay were unsure of what to do because there was no sign of any change and most people were on the move. Every time there was a break in the rain we tried to pack stuff away and eventually we were able to close the Camper down. We had read about New Norcia, an ecclesiastical town, so decided we’d drive there which we did and fortunately the teeming rain only made things difficult for the first 45mins or so. New Norcia was interesting, very big convent and monastery buildings made with bricks crafted there but also one remaining example of the buildings established for aboriginal workers. It seemed that everything they needed was made there from printed materials to candles and honey.

When the sky turned black and rain started falling we headed towards Northam and some kind of solid accommodation. Northam seemed to be shut, the whole town shut for the Sabbath, but the Caravan Park was open and had a cabin for us. What a relief. We’ve been watching the weather reports which are full of the storm damage in Fremantle but it appears the rain will ease off for a couple of days then return. We’ll probably go to Albany tomorrow. 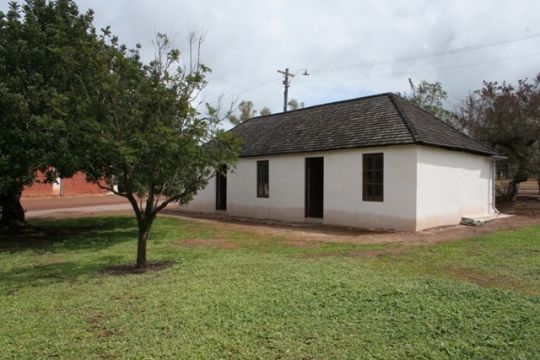 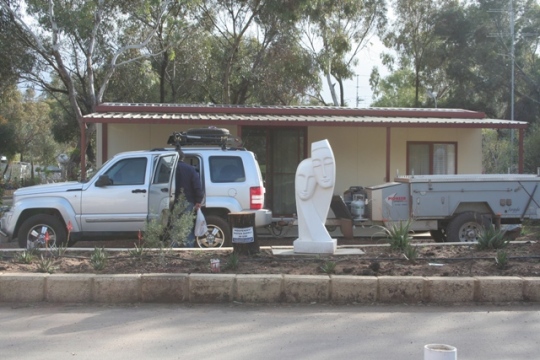 Our safe haven at Northam.