What a lovely start we had to today watching the different birds on the river bordering the Caravan Park as the sun warmed us. There were Cormorants, Black Ducks, an Ibis and a couple of very cheeky Rainbow Lorikeets. Perfect.

Packing up the Camper was easier for me today because the sun had warmed the plastic windows on my side but not Alex’s. The lady in the Office warned us nothing would be open in Gooniwindi because it was Sunday and they were very behind the times. She was wrong, a great Bakery was open and Alex had the necessary uniform on, check shirt! A nice Coffee, delicious Hot Chocolate and big Beef & Salad Roll cost $11 then after that two nice Cinnamon Donuts for $1. That woman was really selling the town short.

The drive to Toowoomba was uneventful, the roads were lined with what seemed to be dead corn crops and then cotton, some crops green others already harvested. After a tense 4kms descent with gradients to 10% out of Toowoomba we were on freeways and motorways. Although we were glad we had the cyborg she did cause us a bit of grief exiting a tunnel. We’re still not sure if she had any idea where we were and was just bluffing or there were some kind of sensors in the tunnel. Eventually Alex over-ruled her and we got out of the tunnel, from then on she guided us to Scarborough. Now we have to check and see if we have a toll to pay so we don’t get a $15 “late fee” as well as a toll.

After last night’s campsite this one is very disappointing, so far I’ve only seen 4 showers and there would be about 80 sites, thankfully many caravaners will have their own showers and toilets in their vans. I feel last night we were in a Park and tonight we’re in a Caravan Dealers yard. There is no Camp Kitchen or Activity Room. We’ll be back to listening to the radio. Last night was great, it was “Saturday Night Jukebox” and they played 1960s and 70s music nonstop. 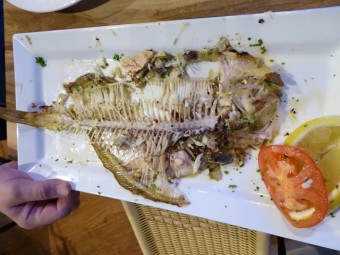 Alex was a little hungry, the “poor Sole”. 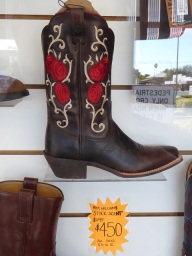 Are we up country? 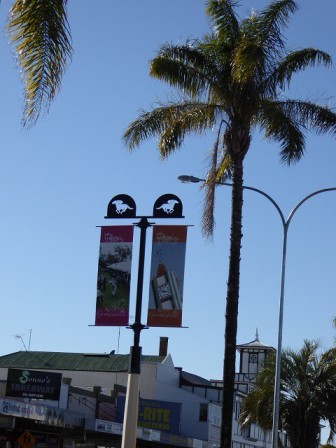 “The Goondiwindi Grey” maybe featured on top of the pole, this is a big horse racing region.

Bale of cotton in the yard beside the Caravan Park.