On the daily blog I couldn’t do justice to some places we visited during our Mt Gambier jaunt and Umpherston Sinkhole was one of those so here are some more photos and a little more information about the place.

In about 1884 James Umpherston created a Victorian garden with ferns, shrubs and trees in the big hole on his farm. At the time there was a lake in the sinkhole but the water has all disappeared now. After James died in 1900 the garden deteriorated until it was eventually restored by the Woods and Forest Department in 1976. Although it’s mid summer and there has been very little, if any, rain for months the atmosphere in the sinkhole is cool and rejuvenating.

Steps lead down and paths circle the floor of the sinkhole. 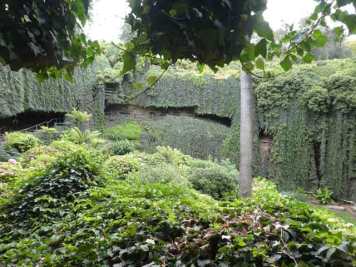 Two palms stretch right above the rim of the sinkhole.

The curtains of Ivy are stunning.

The Hydrangeas are thriving. 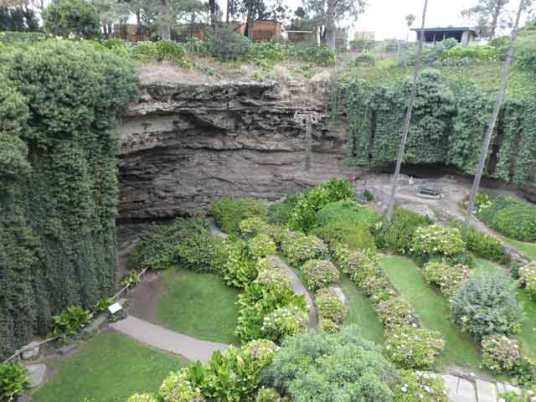 Paths go between and around the garden beds.

The Limestone rock walls have multiple holes and crevices where Brushtail Possums sleep during the day then as evening approaches they come out looking for an easy feed.

The possums love fresh fruit, some vegetables and young leaves.

The possums are wary in their approach.

Grapes were a favourite.

The possums weren’t all friendly with each other.