In Batchelor for internet so this is a day late.

We’ve left Corroboree Park and now I wish I’d bought one of their T shirts. I needed a cool one today and I liked the place.

We noticed “Happy Birthday” banners stuck across the door of a mining worker’s room, it seemed a lovely little gesture. The men are working away from home and family in very basic accommodation but they obviously prefer living at Corroboree Park to living at the mine. When I went over to check out the book swaps last night ( Alex found a “People’s Friend at Coomalie) someone was performing with firesticks and everyone from the pub was outside enjoying his performance. It was a great atmosphere. 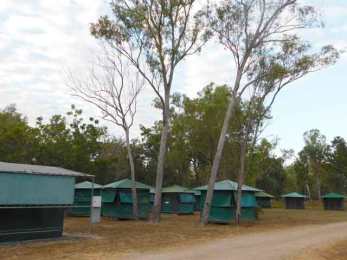 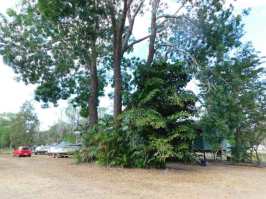 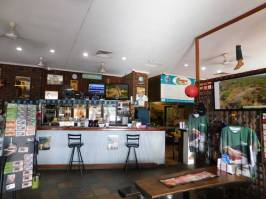 Before we left I wanted to find out the story behind a foot hanging from the ceiling with, “Jack’s Back” written on it. I asked a local last night but she knew nothing about it. This morning I had more luck, it seems Jack was a regular drinker at the pub and at home he had the foot hanging from his air conditioner. When he died someone brought the foot to the pub and they hung it near the ceiling fan with the words, “Jack’s Back” written on it.

We called into the “Window on the Wetlands” which has excellent displays and information boards. The views are wonderful but there wasn’t much water to be seen. 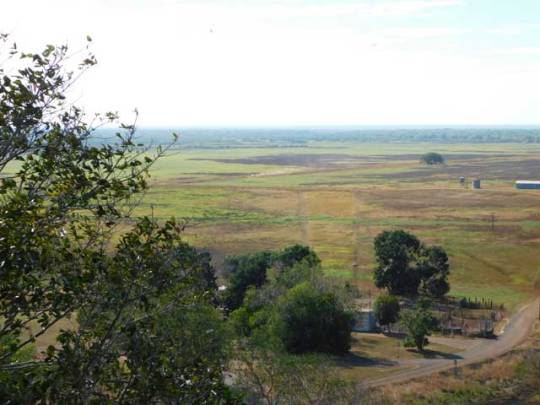 Window on the Wetlands

Fogg Dam was the next place we stopped. Unfortunately we didn’t see many birds … apart from Egrets….. because half of the dam wall was cordoned off, we think damage was caused during the wet season and it hasn’t been repaired yet. Walking on the wall was also banned because of a big crocodile. Whoops, we didn’t realise that meant in the undamaged section until we saw the croc trap. 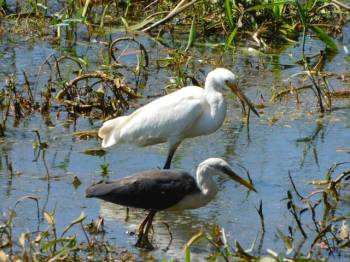 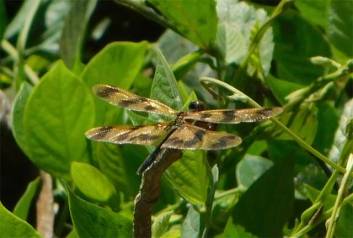 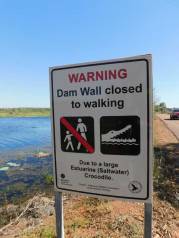 Whoops, back to the car, quickly

We stopped at a “Greasy Spoon” in Humpty Doo because we didn’t know the town was so big and there were more options. 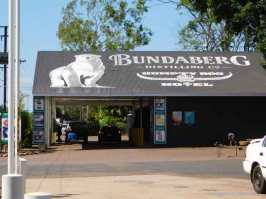 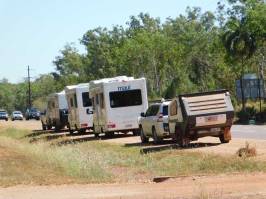 We’re now at Litchfield Tourist Park and will stay for a few days. There’s no internet, there are a few weird places you can sometimes get phone service. Alex did get a few bars when he stood in the middle of the road out the front of the park.