The Editor is stumbling tonight, he just keeps repeating, “I can’t believe it’s Saturday!” It’s a week since we left Broome.

As must be obvious, since we’re not still in Tom Price, we did get fuel in the morning and on advice from the people in the Visitors’ Bureau we didn’t take the Mine Rd from Tom Price but came through Paraburdoo on the bitumen. We were told if we took the Mine Rd we had to expect multiple punctures because the grader is constantly on the road and turning up sharp stones. As well as that there would be delays caused my Mine machinery and Mine vehicles which have priority so it seemed stupid to go that way.

Paraburdoo is a Mining town with only fuel for travellers, nothing more so we just passed through but the houses seemed to be brick and tiled roofs so not the usual Atco boxes you can see in the camps. Almost every vehicle on the road was a mining one until we passed Nanutarra.  A fuel attendant at Nanutarra took great delight in telling us it was going to be a cricket score tonight in the West Coast v Crows match.

There was a flock of Corellas feeding beside the road today and they were filthy so we’re not the only ones who can’t keep clean in this environment. We also saw some Emus and sheep which surprised us. In central Australia I’m sure there are no sheep this far north. We’ve also come back to the “Mr Blobby” anthills, I think over the last few days we’ve been too far south for them but we’ve travelled north west today.

We haven’t seen much here yet but did pass a Marina and lots of new housing which I’m sure has caused a big stir because of the proximity to Ningaloo Reef. Tomorrow we’ll check things out more.

Believe it or not I have no photos today so will put some plants on. We’re astonished the places plants manage to grow & they are such a contrast to the hard red/black stones. I have no idea of names so feel free to provide any you know, just put them in a comment. 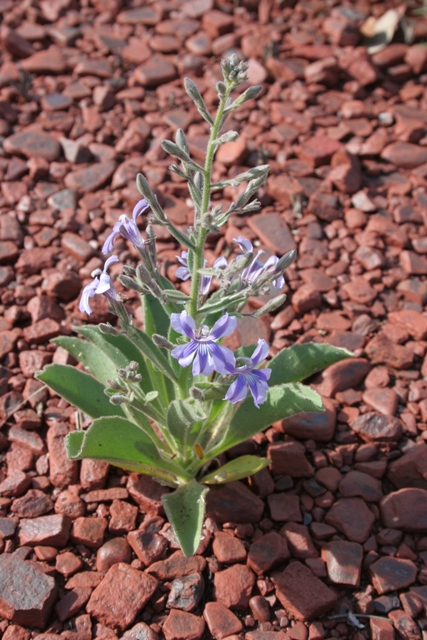 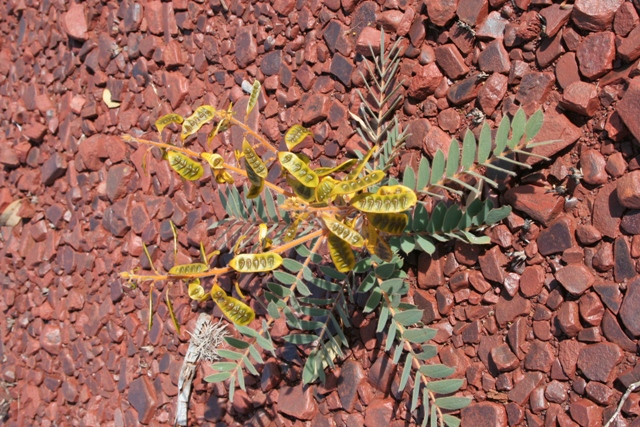